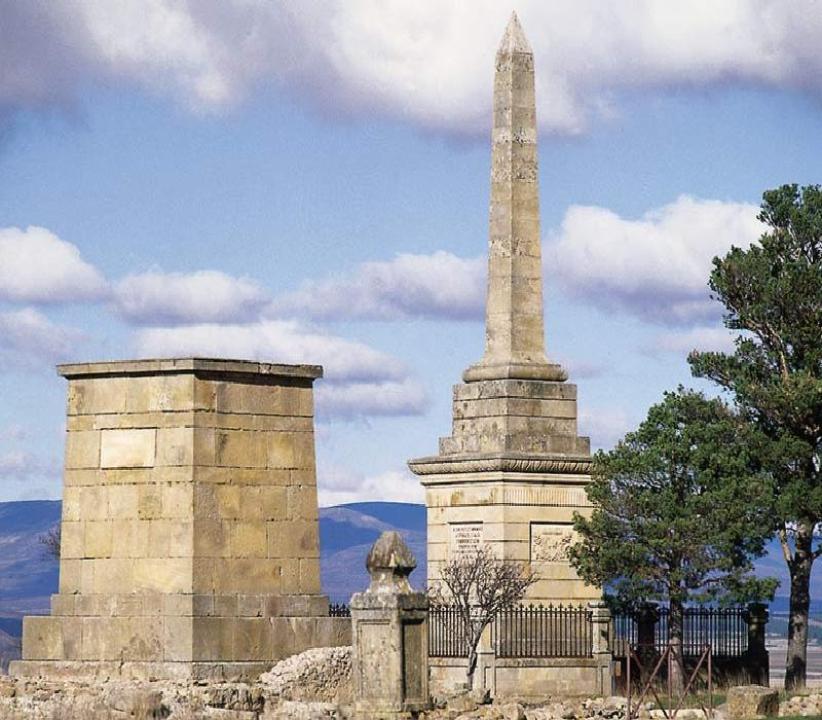 The necessity to honor the Numantian heroes became reality also in the construction of several monuments on the hill. The first monument built is of 1842 and was not completed standing out only the basis or pedestal where four sheets of marble were left inlayed without any inscription. The building of this monument was promoted by the Numantian economic Society that opened a popular subscription to collect the necessary funds; but this initiative coincided with the Carlist battle of Bayon where a part of Sorian officers died and for this reason the founds collected were used for widows and orphans. Later the Battalion of St Marcial when left Soria, disposed other little pedestal with simple top with the following inscription: “To the heroes of Numantia, the 2nd Battalion of St Marcial Regiment, on the 26th of June of 1886”. Numantia had been declared National Monument in 1882.

But in particular it stands out the commemorative monument par excellence in honor of the Numantian heroes realized in 1904 at the expense of D. Ramon Benito Aceña (who paid also for the Numantian Museum) and unveiled in 1905 by King Alfonso XIII that nowadays is part of Numantia image and that from the distance is used as guide for its identification. It is a simple monument with a square pedestal of stone that supports an obelisk which rises to the sky. On the four sides of the pedestal were located big foils of marble: one with the name of “Numantia” and another with the names of the Numantian heads “Ambon, Leucon, Litennon, Megara and Retogenes”, a third says that “S.M. king Alfonso XIII unveiled this monument on the 24th of August of 1905”; finally the fourth indicates that “the monument was built at the expense of Sir Don Ramon Benito Aceña, Senator of the Kingdom and ex deputy of Cortes in Soria, in the year 1904. 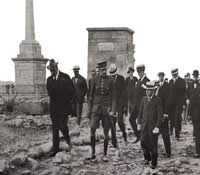 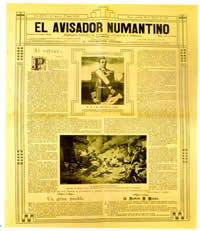