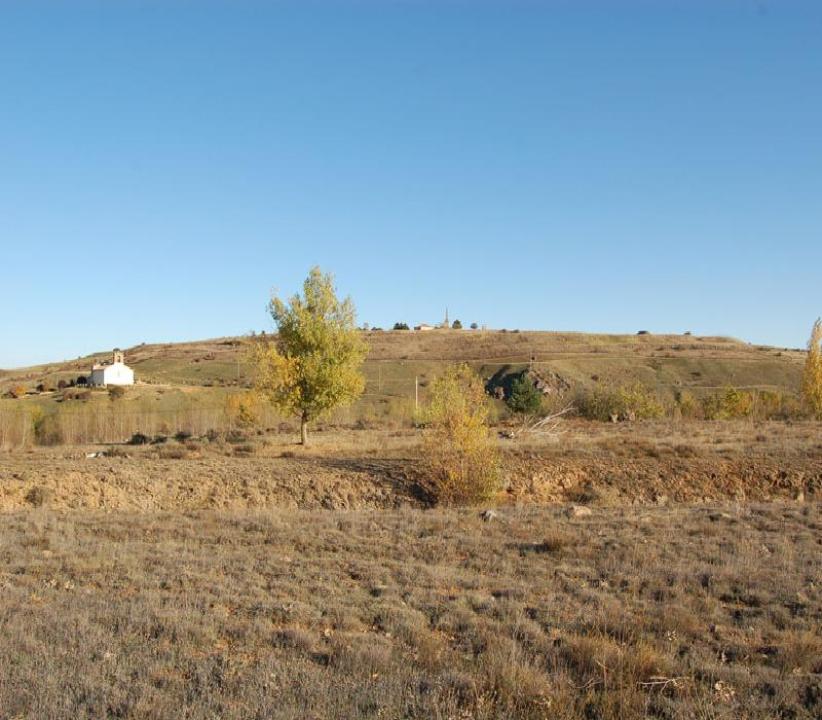 Numantia occupies the vast and high La Muela hill from that it controls strategically a vast plain limited by high elevations of the Iberian System (Picos de Urbion, Cebollera and Moncayo). The Numantian hill (500m from North to South and 260m from East to West) stands in several parts presenting high slopes in South- West and South-East zones and other smoother in the rest of slopes. As the Duero River in the West as Merdancho River in South-East embrace Numantia that thanks to its natural ditches had isolation and protection. Moreover, Numantia reinforces its strategic position, thanks to the control that exercises on the ford of Duero River (it was saved thanks to a stone bridge of 16 arches, built in the 16th century) that makes easy the passage to the Meseta. In this point converge the ways that cross the alignments of the Iberian System, Ebro Valley communicates with High Duero River. Here also the 27th road of Antonino Itinerary crosses during Roman epoch. This road joined Caesaraugusta (Zaragoza) with Asturica Augusta (Astorga) following the Valley of Duero River and it was witness, from Middle Age, of the passage of shepherds and flocks who from Northern mountainous regions realized their annual seasonal migration of livestock towards winter pastures in the South. 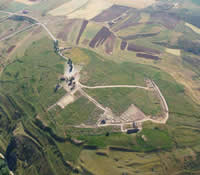