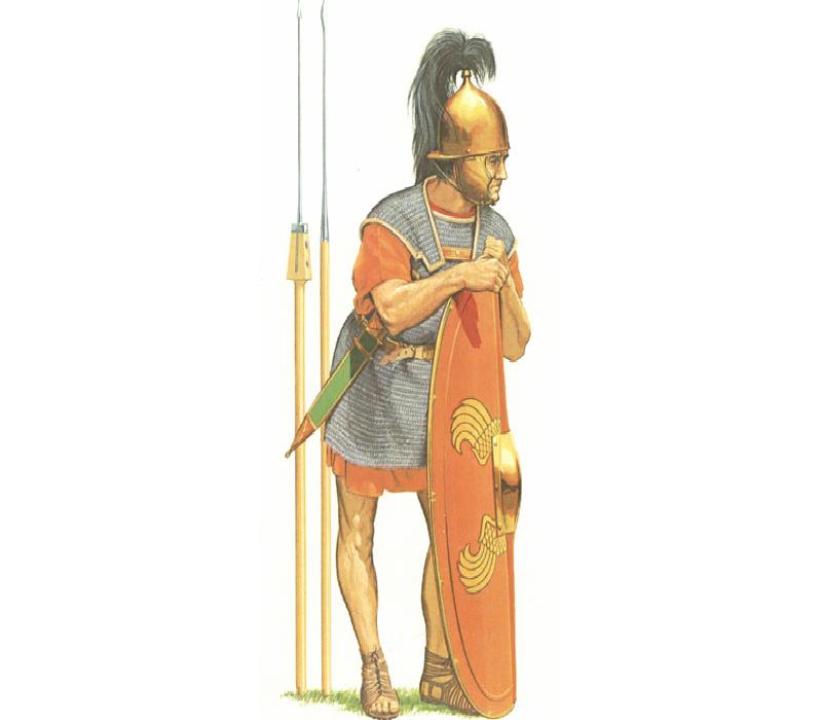 The tactic unit of Roman army was the legion, formed by 3,600 infantrymen, articulated in 60 centuries (everyone formed by 60 soldiers). To be more working they group together in 30 maniples of 2 centuries each one.

The strategy was based on a strict discipline: a vanguard of velites (light infantry to exploit and harass the enemy) next there was heavy infantry that was ordered in three lines: the hastati(young people) and the principes fitted out with helmets, oblong shield and shinguards, two spears and sword (gladius hispaniensis); the triarii (people of advanced years, fought only in extreme situations).

They built in a high number of Indigenous mercenaries, auxiliary troops (auxilia). Besides, each legion had a corp of chivalry of 300 infantrymen.

In Roman artillery stuck out the catapult for the throwing of arrows and the ballista to throw projectiles of stone (of about twenty kg till a distance of four hundred meters). To attack the walls they used battering rams that consisted of a powerful beam that ended with a metallic head; they used also beams with hooks or tips that could break and pierce stones. 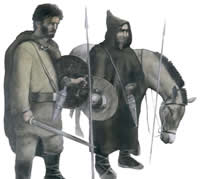