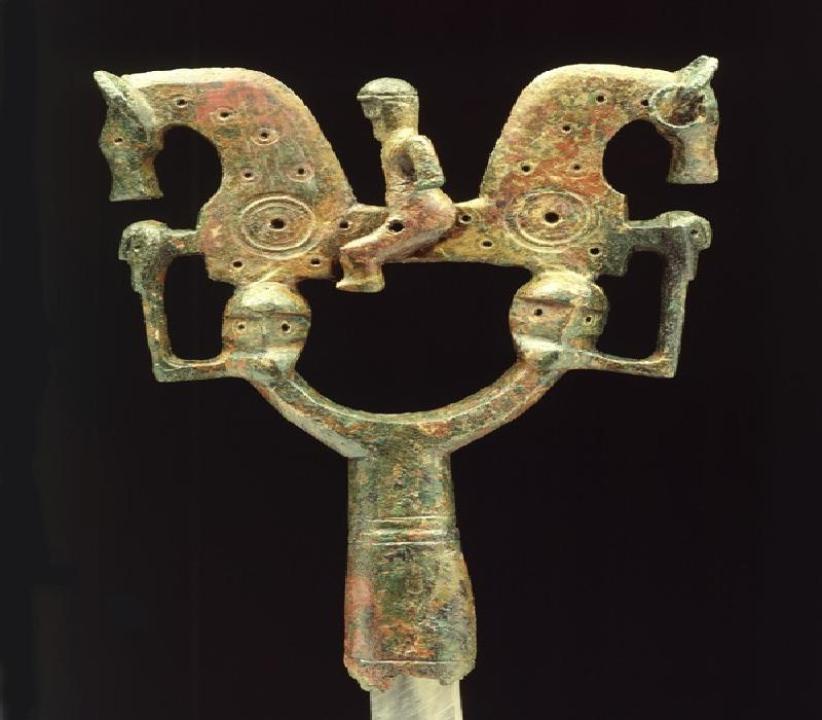 Apiano considered Numantia as the most powerful city of the Arevaci. It’s probable that the city was founded between the 3rd century and in the beginning of the 2nd century BC., as attested by dates C-14. They were obtained by the burnt posts of the fallen wall and materials brought by the necropolis.

Some Roman historians talked about lack of wall, but archaeological works discovered the existence of a walled-up area, approving Apiano testimony who affirms that the perimeter of the wall was 24 levels. The city occupied 8 hectares. Its town planning is not well known since Cicero affirms that the city was overkilled and another city was built on. Its houses have a rectangular shape, lined up to the wall. They were divided by a round street and the houses which created the central unit were arranged around streets or places. It was an independent city-state as other Celtiberian cities, dealing with politics and administration of a wide territory with its people and villages. 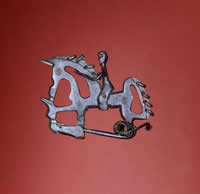 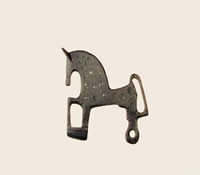 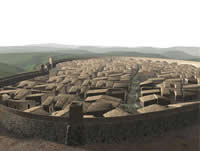 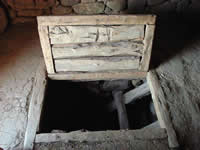 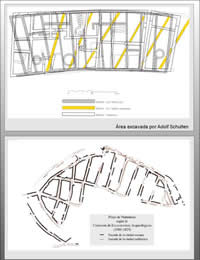