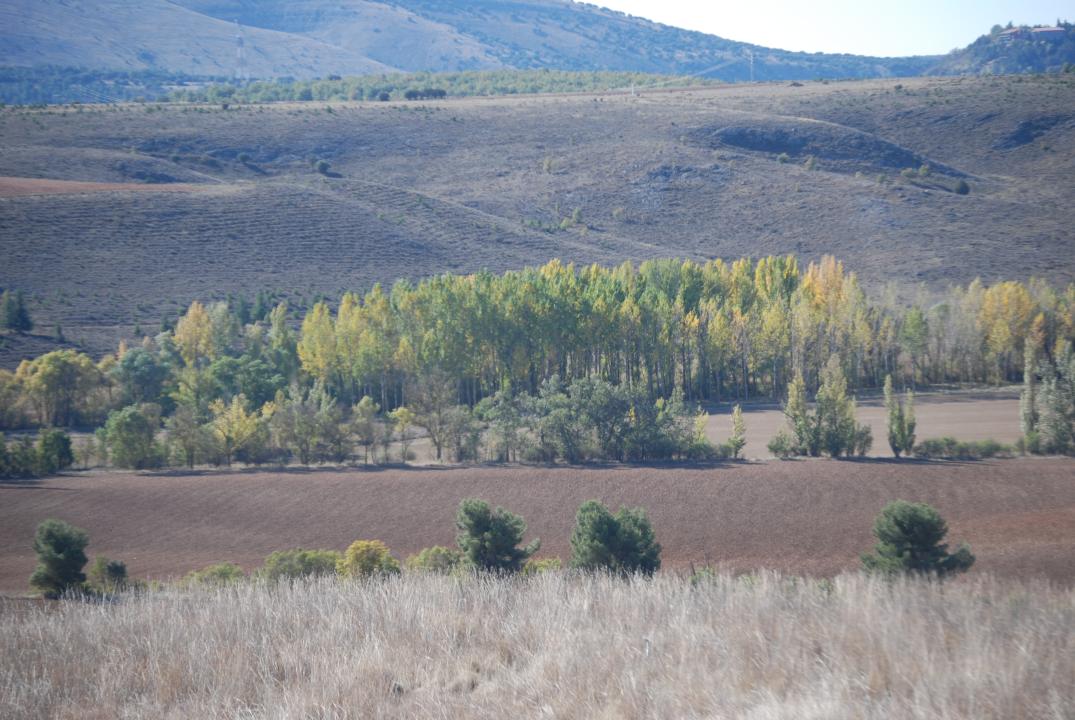 We can come nearer to the landscape that surrounded Numantia in ancient time through the news that passed on the old texts and information given by pollen analysis and the remains of burnt wooden and animal bones found during the excavations in the city. In Celttiberian epoch, the environment was wooded since Apiano affirms that the city “was surrounded by thick woods” and Duero River was navigable since merchants went upriver “in little skiffs (…) with the help of sails to carry wine and cereals”.

This information shows a higher index of dampness and indicates that Duero River would have a higher flow and height of bed and for this reason also of water table that favoured the existence of marshy zones reflected in Numantian environment and in Apiano information. He talks about Scipio difficulty to draw up the siege in North-East zone of Numantia where there was a wide lagoon dried up in the beginning of the 19th century and now its earths are used in agricultural activities.

The landscape was of opened woods constituted by pine trees (wild or pinus nigra) accompanied by oak groves (quercus pyrenaica, quercus faginae) that given an important quantity of acorns as well as juniperus thuriferas of excellent wooden for buildings. There were also pasture lands in the vicinity, and a rich vegetation of bank as that which exists still in the river banks. The fauna related to this vegetation corresponds as domestic animals (sheep, goat, horse, bull) as wild animals (deer, wild boar, rabbit, hare, lynx, bear and wolf). Painted representations in Numantian ceramics show doves, partridge, ravens, eagle, vulture, hoopoes, Northen lapwings, herons; as well as fishes, among them stand out trouts. This landscape felt a clear worsening and an increase of drying up, influenced by deforestation and entropic action; this tendency has grown up since nowadays the majority of Numantian environment is deforested for agricultural activities.