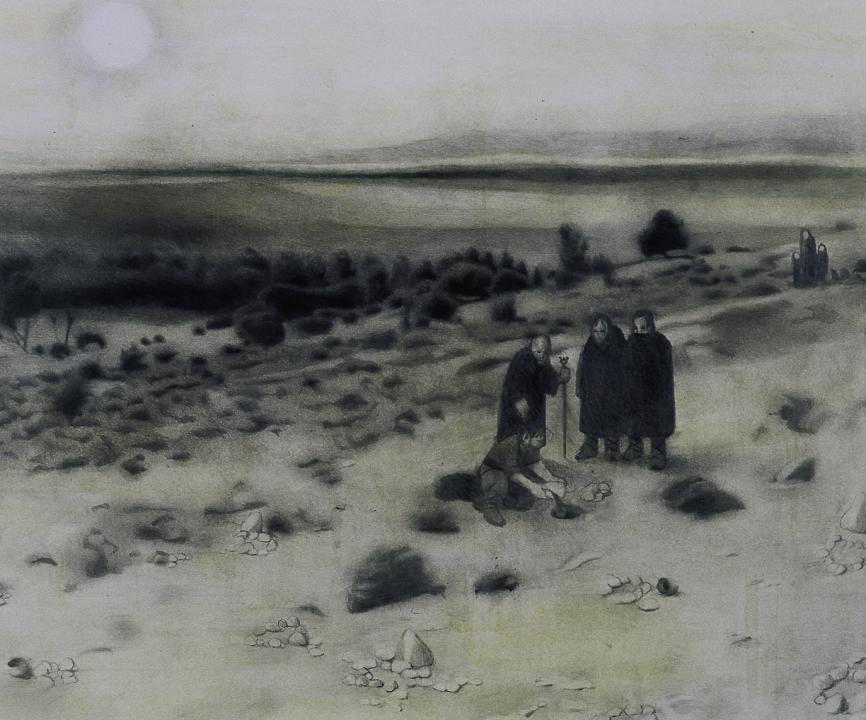 The location of the necropolis of Numancia focused the attention of researchers throughout the twentieth century. Already in the first decades of the Committee of Excavations (1906-1923) conducted an extensive drilling program, about 53, around the hill adamant no satisfactory results.

Even raised the possibility of Scipio, to fortify their positions against Numancia, had destroyed the cemetery, to achieve an effect against the besieged moral. The necropolis was discovered in 1993 by work done by stealth. Located on the southern slope of the hill, and covers an area of just over one hectare. Its excavation has provided important information on the life of Numancia, as through the study of the structure of the tombs, trousseau items, the composition and organization of the cemetery, as well as of the osteological and diet, we learn new aspects of funeral ritual and socio-economic organization. 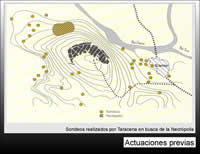