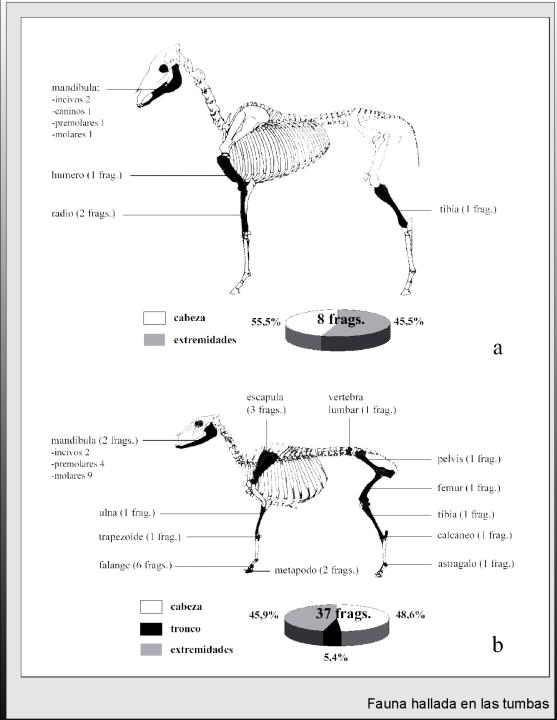 It is common with human remains and grave goods in tombs are found animal bones, sometimes cremated, for appendicular areas, ribs and jaws of young animals, highlighting the colt and lamb, one more common in tombs in this ancient and modern. This practice is known in other cemeteries Celtiberian, and has been associated with portions of meat for the deceased funeral feast. A high percentage of graves (31.8%) contains only faunal remains, suggests that symbolic burial, conditioned by the difficulty of recovering the dead body.