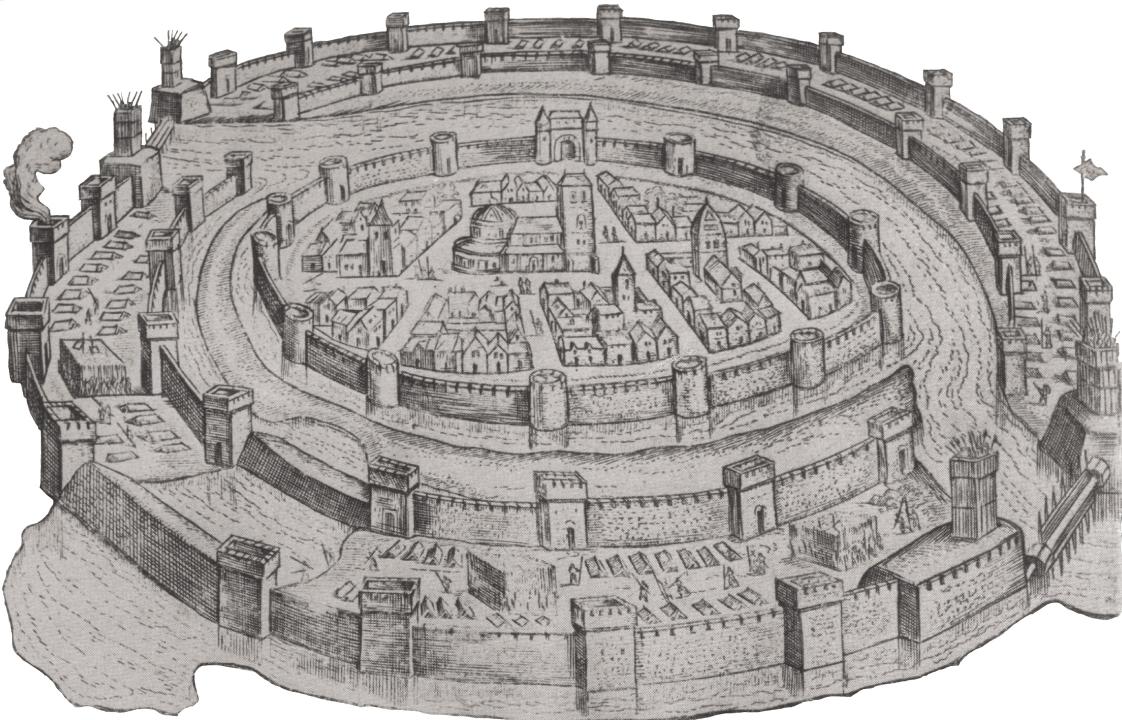 The location of Numantia disappeared during the Muslim invasion, appearing again in the first years of the Reconquista mentioning the name of the present Garray as Garrahe or Garrafe with reference to its inner occupation: “that is old and deserted city”. In this way it was forgotten the memory of Numantia in the Middle Age when the Kings of Leon in the 10th century founded Zamora as capital of their kingdom on the old Numantia searching basis of identity for their kingdom and the new capital in the Indigenous past (the Ecclesiastical Diocese called also Numantia).

This false attribution was rectified in 1409 reinforced in Garray with powerful historic topics of Ambrosio de Morales in thw second half of the 16th century and guaranteed with firme topographic reasons in 1612 by Mosquera de Barnuevo who basis his reasons on the document of Act of demarcation of Navarra and Castilla of 1016 in which it said “ibi est Garrahe antiqua civitate deserta et at flumen Duero”. Although, the town council of Zamora gave prizes to works that presented topics about the location of Numantia in Zamora till the 19th century. To the middle of the 16th century there was the first reconstruction of Numantia and of the Roman siege, imagined by Lipsio who recreated it in an engraving from the description of the classical texts with strong medieval influences.