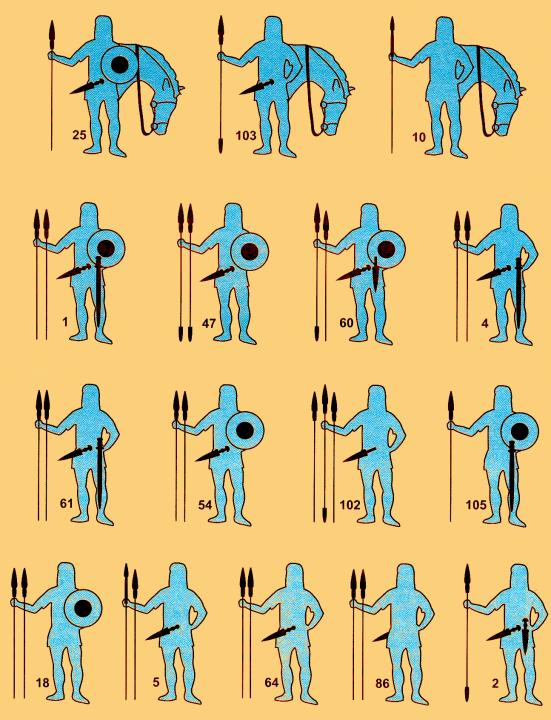 Can be distinguished in the necropolis at least four groups of burials: one with weapons (sword, dagger, shield, a spearhead and ferrule), another with bronze ornaments (some also with staff of distinction), a third poorer, with marbles and sewing needles and a fourth group without dowry. The graves are arranged in areas, leaving intermediate spaces with less intensity or without burial, which differ both in its spatial location and the characteristics of their regalia. The group that occupies the central area of the cemetery is the oldest (the first moment of the city, the late third or early second century BC) and is characterized by more widespread presence of weapons and iron objects. Two other modern groups (pre-133 BC) are separated and arranged around the first, and furnishings contained mostly elements of decoration and prestige of bronze objects (weapons are reduced to a richly decorated dagger biglobular) showing a different concept of wealth, probably due to the progressive impact of urban planning.

As is clear from the analysis made, the diet of Numancia was rich in plant components, with a heavier weight of nuts (acorns and nuts) and low in animal protein, which clearly draws the bases of its economy mixed. In addition, knowledge of the diet of each individual can relate their degree of richness to the characteristics of their dowry and status, to establish differences between men and women, as well as highlighting those that are buried away from the general diet, probably indicating are from elsewhere. 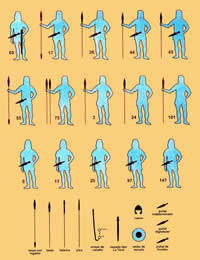 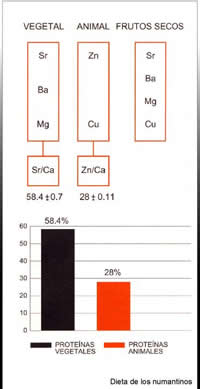 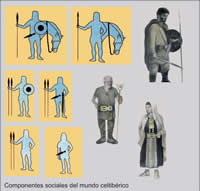